Now that schools have reopened after vacations the school contact program is active again. Yesterday, 22nd July 2017 we conducted an epilepsy awareness program for the 9th and 10th standard students of Ch. Shivaji High School @ Tilak Road Ghatkopar (E). Dr. Amit Vatkar ably managed to keep his audience attentive, simplifying epilepsy and related myths and misconceptions.  He also explained about seizure first aid to the students in a manner that they understood. Most of the students from this aided Marathi medium school had witnessed a seizure at some point. The session was interactive and interesting with the students and teachers having a lot of questions that were answered.

On the same day we also had our monthly support group meeting.  We were happy to see many new faces at this meeting which focused on how to present oneself at an interview.  Pooja spoke of the importance of learning from job rejections and that one had to keep trying till success is achieved.  Carol spoke of the difference between just wanting something and actually showing great determination to get it and about the desire to excel which required hard work in one’s chosen field.  There was a lot of interaction between other members too.  It was also decided to have the meeting an hour later i.e. at 3.30 pm instead of 2.30 as many persons could not make it earlier.  So the next meeting to be held on August 19th will start at 3.30 pm and since it is close to independence day, we decided to share a few things about our country that we like / give a short narration (2 minutes each person) on the beautiful experiences or learnings we have had living in this country. 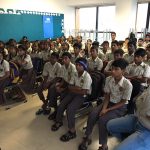 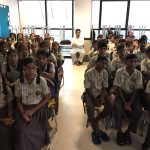 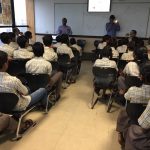